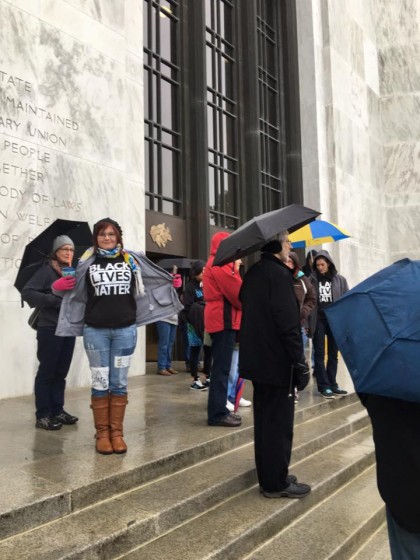 On Sunday, October 18th, Teressa Raiford, a fourth-generation Oregonian from Portland, presented a compelling overview about the on-the-ground circumstances of our black Oregon citizens and their continuing history of discrimination in the USA. Ms. Raiford is the leader of the “Remove the Flag” project, which advocates removal of the flag. She outlined the historical use of the flag as a symbol of discrimination.

Wearing matching “Black Lives Matter” shirts, Teressa and intern minister Theresa Soto, made a case for a petition with thousands of signatures to request that our Oregon legislature remove, NOW, the currently flying Mississippi flag on our Capitol grounds because it includes the Confederate flag as part of the design. State Senator Peter Courtney is asking for a delay until the Mississippi legislature meets in January to consider this decision. Please sign the petition and share it with your family, friends and social networks.

UUCS members and partners for the Mississippi Flag Removal Project participated in a rally on Thursday, November 19th, 2015 at the Oregon Capitol, providing witness to the importance of removing the Mississippi flag and supporting Black students from Lewis & Clark College who had recently experienced violent threats on their campus.

At the annual meeting of the Unitarian Universalist Association in Portland this past June, one of the Actions of Immediate Witness adopted by the group was support of the “Black Lives Matter” movement. 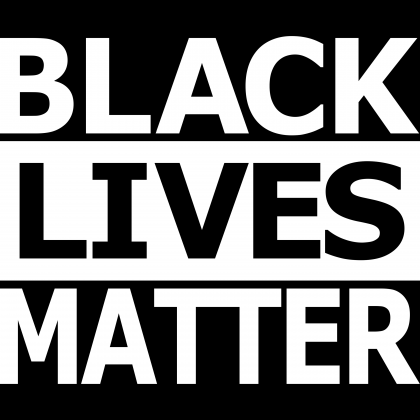