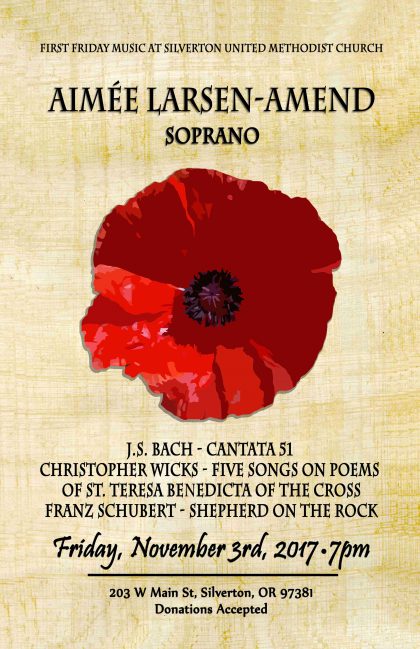 Aimee Larsen-Amend, an accomplished soprano as well as our Director of Music, will be giving a concert at Silverton’s United Methodist Church, 203 W Main Street, on Friday, November 3rd, at 7 pm.

She will perform “Cantata 51” by J.S. Bach, “The Shepard on the Rock” by Franz Schubert and Five Songs on Poems of St. Teresa Benedicta of the Cross” by Christopher Wicks.

The concert is free; donations will be accepted. This concert had been previously scheduled in September but was postponed due to the death of Aimee’s father.