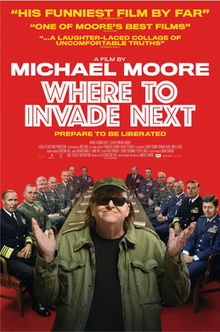 UUCS member John Gear will be a speaker during the December Salem Progressive Film Series movie night. Gear will be on a panel following the showing of the Michael Moore movie “Where to Invade Next,” showing 7 p.m., Tuesday, Dec. 20 at Grand Theatre, 191 High St. NE, in downtown Salem. Admission is $5.

John is a member of the UUCS Social Justice Action Team and is an engineer turned attorney. “Where To Invade Next,” is Moore’s newest film is an insightful, eye-opening call to arms to restore the American Dream in America. The purpose of the film series is to raise awareness through education and action.