Both services will explore Native American spiritual strength, with different homilies: “Discovering Freedom in an Unfree Place” in the first service and “Standing Rock” in the second service. Our friends the Aztec Dancers, led by Willan Cervantes, will enliven both services. These were multi-generational services (all ages welcome). 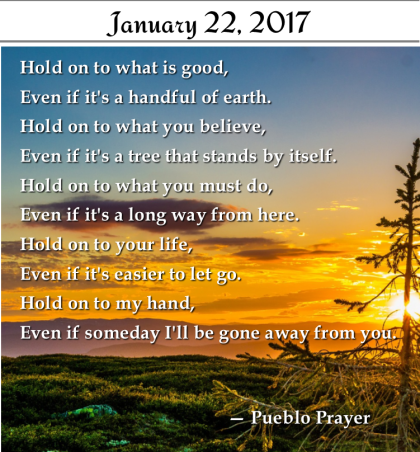 As I showed my ID and passed through security into MacLaren Youth Correctional Facility a feeling of sadness began to cloud my spirit, not unlike the gun grey skies hanging above Woodburn that day.  I thought about the social conditions that resulted in so many adolescent males – many of them Hispanic or Native American – being in this Juvenile Youth Facility.  For me the whole place stands as a symbol of failure – not the failure of the young fellows incarcerated there, but a systemic, historical national failure – the kind of tragic failure that traces back centuries and is larger than any one of us.

If there were any rich or middle class white kids in this place, I sure didn’t see them.  So many minority and lower class youth find themselves in situations wherein it seems inevitable that a number of them will run afoul of the law – the cards are stacked against them, resulting in a disproportionate number ending up incarcerated.

Walking in I sadly reflected on all the hardship and heartbreak these young fellows and their families must have experienced and the challenges they face in the future.

Yet as I found my way in to the gym the general mood around me did not match my own – there was a sense of celebrative expectation.  Family members – mothers, fathers, sisters and brothers – seemed happy.

And the young men – teens – were not, as I had anticipated they might be – sullen, angry, disrespectful. Rather, they were excited and fully engaged as they greeted their families and donned their regalia in preparation for the dance.

In the crowded room I finally saw my good friend Willan – the person behind this whole event.  We greeted one another just before the dances began – the Aztec dances he had been teaching these young men.

And then the dances began.  How entrancing to witness this sacred ritual!  I had enjoyed the dances before but now became more aware of their spiritual significance.  The dances enabled these young men to reclaim their true spiritual identities – the identities that have been stripped away from indigenous peoples for centuries.  Our society had created the conditions for these young men to fail, to fall prey to drugs and gangs and violence and then – after they fell into these traps – label them as “troubled youth”.  But now the sacred ritual of the dance empowered them to embody their deeper, truer identities.  I witnessed their genuine pride as they danced with such strength and grace.

As I watched, I wondered to myself: is something spiritually significant happening here – significant for all of us?  For most of our nation’s history indigenous people’s culture and spiritual practices were prohibited and destroyed.  Finally, in 1978 Congress passed the American Indian Religious Freedom Act which has enabled first nation people’s to begin rediscovering and reclaiming their spiritual roots.  The Aztec dancing I witnessed that day was a manifestation of this.  Could it be that not only are the dances and other sacred rituals be a spiritual antidote to the chaos and unconsciousness brought on by the cultural genocide of indigenous peoples?  It provides a way for them to walk with dignity, but also, I began to believe, provides a new opening that might empower and encourage us all as we strive to reconnect and reclaim this sacred earth from the destructive forces that threaten us and future generations?

First nations people – aka “Native Americans” –never accepted European settler’s concept of “owning” land.   Rather, they recognized that the land cannot be a possession – it is a gift from the Great Spirit which enables us all to live.   As the Wampanoag leader Massasoit noted:  “What is this you call “property”? It cannot be the earth, for the land is our mother, nourishing all her children, beasts, birds, fish and all people. The woods, the streams, everything on it belongs to everybody and is for the use of all. How can one person say it belongs only to them?”

Nevertheless, the white settlers who had overwhelming power – raw physical force and political guile – did indeed make the claim that the land they came to occupy belonged to them.  They moved in and forced the native peoples off the land they had loved and lived on for thousands of years.  After prolonged war and bloodshed treaties were drawn up by our government to settle these land disputes.  Oftentimes the natives did not understand the written words on the treaties they were signing, and they signed away more than they knew.  Then there were times when they did understand the treaties – such as the treaties that the Lakota Sioux made with our government in 1851 and 1868.  These treaties (“the Laramie Treaties”) acknowledged that native Americans could peacefully dwell on a vast swath of land that encompassed an area where one day a powerful corporation would come to gouge out the earth with machines so an oil pipeline could be installed.

How did this come to be?  The boundaries established by the Laramie treaties were greatly diminished by Congress in the late 19th Century without tribal consent.  When the tribes appealed to our nation’s Supreme Court in 1903 the Court ruled (in “Lone Wolf vs. Hitchcock”) that the US Congress had the power to unilaterally abrogate (violate) treaties entered into with Native Americans. Legal scholars have since universally condemned this Supreme Court decision and compare it to the Supreme court’s “Dredd Scott” decision of 1854 that claimed that blacks were not fully human and could thus be sold and owned as property.  As a consequence of this shameful1903 Supreme Court ruling native Americans lost 90% of the land allotted to them by previous treaties  – they were forced onto the reservations and were told they could not lay legal claim to the land where the oil company had come to lay the pipeline that threatens their water supply.

So many times and in so many ways the native people lost, and they nearly lost themselves in the chaos and confusion of the cultural genocide that stripped them of their land and their culture.

Yet somehow hope did not die and with it, resistance to the deadly forces that threaten us all.  A first nation’s movement in Canada – “Idle No More”  – came into being whose goal is to protect the earth for everyone.   Now, more and more, native American people are spiritually awakening – they have looked to their ancestors for spiritual guidance and having found it, they now use this power to encourage and inspire us all to be idle no more in the face of impersonal profiteering powers that are destroying our sacred earth.  And so the Sioux nation, recognizing their sacred duty to be Water Protectors (joined by many allies, including Unitarian Universalists) took a stand at Standing Rock.  They peacefully confronted the militarized police force that was going to push them aside so that the pipeline that would pump the oil that produces the toxic fumes that poison us all and lead to global climate change.

Perhaps you are feeling a bit hopeless these days as the forces of ignorance and bigotry seem to gain sway.  Yet consider that has happened at Standing Rock – it was a pivotal moment – one of those pivotal moments when history shifts directions.

Today, if you say “Selma” – you remember that this was where activists took a stand to protect the rights of Black Americans – it was a turning point for the Civil Rights movement.  Today, if you say “Stonewall” you know that this nightclub where NYC police used to harass GLBT people is where the gay rights activists took a stand and the movement to protect GLBT people was visibly born.   And now, in future days, when people say “Standing Rock” we will remember that this was where Native Americans and their many allies from the religious community (many UU’s) and conscientious veterans joined to take a stand to protect the earth.  Will this be the turning point we need?  Can this give us hope for the days ahead?

Let us now draw inspiration from the dances that we may have strength to continue taking a stand.