If you look up Unitarian Universalism on the internet you may find some websites that characterize UU’s as a Satanic Cult! Let’s talk about that and more. 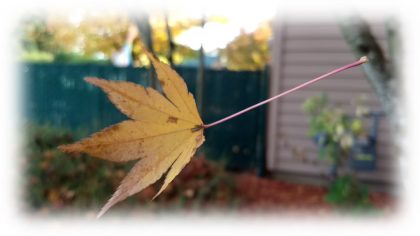 What’s Wrong With You?

The story is told that when George Washington was six years old he received a hatchet as a gift and tried it out on his father’s cherry tree. When his father confronted him about this he bravely confessed: “father, I cannot tell a lie.  I chopped the cherry tree,” whereupon his father, rejoiced in his son’s exemplary display of moral character and embraced him for being such an honest young lad.

In fact, this story extolling the virtue of truthfulness isn’t true. It sprung into the mind of a clergyman, Mason Locke Weems” who included it in the no less the fifth edition of Mason Locke (aka “Parson”) Weems’ early 19th century biography of George Washington.  Parson Weems had two reasons for including the story– it helped sell books and it also helped support the argument that personal virtues – like honesty and truthfulness – were essential to success in life.  It is, of course, ironic that a lie needed to be told to highlight the virtue of truthfulness, but I don’t feel inclined to judge old Parson Weems’ too harshly.  Basically, even as he meant to make a buck, he also meant well.

So this story is a myth – which is not such a bad thing. The renown mythologist Joseph Campbell wrote that “myth is a fact of the mind made manifest in a fiction of matter.”  In other words, while not literally true, myths (as defined in this larger sense) are vehicles for larger psychological, spiritual truths to enter cultural consciousness.  We remember this story and it helps remind us that honesty and truthfulness is a practice and a value we greatly and rightly esteem.

If there’s ever been a time in our nation’s history when we needed powerful myths to inspire us to be truthful it is now – most especially because we have a president who cannot NOT tell a lie, and he and others use technology, vastly amplifying his lies and falsehoods – more than has ever been possible. Dreadful lies now cloud the sky of public discourse to such an extent that it is said that we are living in a “post truth world” where the sunlight of truth rarely breaks through the dark dissembling clouds.

When we (and many have) say that our president is a liar this is not a nitpicking at the shadings of truth and spin that all politicians seem to employ in our system. We are talking about destructive, divisive pants on fire whoppers that no one, except the willfully ignorant, can deny are lies.  We’ve never witnessed anything like this before!

A few months – and many lies ago – the New York Times noted that no American president had ever lied so often and so brazenly, devoted an entire op-ed page detailing the multitude of lies the president had told since entering office. He is, they wrote, trying to create a reality in which truth is irrelevant.”  One Harvard psychoanalyst goes further saying that he tells lies that he himself needs to believe and that “he is able to give up reality in exchange for a wished for belief” and he does so with a shocking and shameless sense of impunity captured by his claim at a rally:  “I could stand in the middle of 5th Avenue and shoot somebody and I wouldn’t lose voters.”  I daresay that even he could not literally get away with this kind of murder (a president does have power to take life through military decisions), but he is getting away with murdering the truth.

Many who are eminently qualified to say so have said that the president is “mentally ill.”  The problem here is that using this term “mentally ill” to describe the president may result in stigmatizing (as if it needed further stigmatization!) the many who do experience mental illness.   Millions of folks – including some of us here – have what our society calls “mental illness.”  It’s pervasive.  Most families have someone in their nuclear or extended family who struggles with mental illness who doesn’t wreak havoc or harm.  In this case I think the term “morally ill” is more to the point.  Given, the irrefutable evidence I do feel qualified to make this spiritual diagnosis.  The president is morally ill as is anyone who lies and feels no guilt or remorse, who feels no empathy for others and treats others (especially those on the margins of society) with cruelty and disdain.  I don’t know how he came to be this way – perhaps it’s not even his fault.  It’s sad and tragic.  Yet we cannot deny that there are such broken souls in the human family and we mourn for them for they will always be strangers to the greatest joys in life and we mourn for those who are damaged by the harm they do.

So it’s not a shock that such a person as the president exists. It has been a shock that he was able to become elected to the highest office in the nation and the most powerful position in the world – it points to some serious social and political flaws in our society that such a thing could occur.  What is most shocking and dismaying, however, is that the president can tell the most brazen, consequential lies that misshapes public policy and destroys democracy and get away with it.  He escapes the consequences of his words and actions because too many politicians are afraid to challenge and confront him for fear of losing the support of those who support him no matter what.  So every day he gets out his sledge hammer and pounds away at the foundation of truth upon which our democracy rests.

Whenever the press tells exposes his lies he tells another whopper claiming that THIS (the truth) is “fake news” and his blind followers believe him.

We know how this works. Over the centuries Unitarians and Universalists have been committed to being on the cutting edge of religious, social, political truth and standing for that truth, even when it is controversial and unpopular.  And we’ve been and continue to be attacked for doing so.  Recently a member here directed me to a Conservative Christian website that says that we, Unitarian Universalists – are a Satanic cult.  Why?  Because we are open to teachings from all world religions and we deny the unique divinity of Jesus.

So maybe it’s time for a mini-lecture on Satan so you know how to respond if you hear such a thing. It’s so not true that we’re a Satanic cult that it’s almost comical, except that many credulous people actually believe such a thing.

I would say that most Unitarian Universalists (myself included) do not literally believe in Satan – some malignant, transpersonal psychic entity who invades our hearts and minds and wreaks havoc in the cosmos, but when I think of the president I can’t help but think of the biblical characterization of Satan as “the father of lies.” The president is indeed a dutiful practitioner of Satanic art of prevarication (lying).  What’s appalling is that many of his most fervent followers see themselves as devoutly religious even as the one they blindly support is a pathological liar.   In truth, the political rallies he holds around the country could be termed Satanic rituals in that they are cultish celebrations of the supreme liar in our society.  They bargain away the truth in exchange for the rush of political power.  In saying this am I demonizing the president and his followers?  No, I think I’m pointing to the gravity of the situation we face in our nation and world by having a pathological liar occupy the most powerful position in the world, with access to untold powers of destruction.  He is wreaking lasting damage to our democracy.

So, if you must refer to something as Satanic (at least in a mythical sense) it has to do with monstrous mendacity – willfully lying in destructive ways.

Democracy is never perfect and our leaders have never been perfectly honest (who among us is?), but we must have a modicum of basic honesty for our system to function. Honesty builds trust and dishonesty destroys it. is president lies and destroys the trust which is the foundation of democracy. The description of a demagogue fits him like a tailor made suit: “a leader in a democracy who gains popularity by exploiting prejudice and ignorance among the populace, whipping up the passions of the crowd and shutting down reasoned deliberation.”

Our country and the world desperately needs moral leadership from our leaders to confront the great problems that beset us – it’s never been more critical to have wise, informed, compassionate and courageous leadership, and we don’t have it.

Even as I say this I am aware of the real danger posed by self righteousness, setting myself up as the possessor or final arbiter of truth. Here we do not claim to have the absolute truth.  Rather we strive to explore and continue to discover more truth.  We do know that the truth is transcendent – greater than anyone of us.

Here we affirm that there is such a thing as truth – spiritual truth, scientific truth, social and psychological truth, personal and interpersonal truth – and our hearts and minds yearn to affirm the greatest truths by which we are called to live. Ours is a movement dedicated to the truths that creates inclusive, compassionate community and hope, commitment and greater awareness – truths that stretch our hearts and minds out of safe comfort zones and result in spiritual growth.  May we always remain so – especially during times when the strong winds of deceit, division and discord blow through our world.

And even as I have spoken about the liar in the White House and the need to name his lies and resist, I also need to acknowledge another more insidious voice who has often led me astray – call it my own inner Trump. Navigating your way through life is a challenging endeavor and there are those voices within our minds that advise us to be fearful, selfish or dishonest or hurtful or resentful, unforgiving – to choose the false path that betrays the common good.  How easy it can be to fall under the spell of false voices within one’s mind.  Knowing this, even as I acknowledge the critical need for the truths that build trust, I am humbly aware of how challenging it can be to stay on that path.